Effect lighting for the Show of Superlatives.

No other show can look back on such a rich tradition as the Eurovision Song Contest (ESC). In May 2015, the show of superlatives celebrated it’s 60th anniversary with a show to beat all shows: singers from 27 countries competed against each other in front of 14-thousand enthusiastic fans in the Wiener Stadthalle in Vienna and another 200 million watching television at home.

The stage Design by Florian Wieder offered the spectacle the ideal platform. 1288 horizontal light columns covered the stage, symbolizing the motto of this year of the world's biggest music show: "Building brigdes". The Eye in the background - diameter 44 meters - played a central role at this event of musical and lighting superlatives. For every artist there was an individual light show that captured and enhanced the mood of the song.

For the eye of the stage more than 1200 LED-elements were used. In each of them two LED-strips C were installed. 200 more strips of C-series outlined the main stage, also 1600 LED strips of the series B were installed in the step edges and 44 more who marched wireless moderation platform into perspective. The mapping was carried out on the Pixel-Gate and the System Power Supplies 4E merge the signals of light and video network. Thus, the eyes were flexibly controlled depending on the desired effect.

LED elements for the “eye” of the stage, the edge of the main stage, backlighting step edges and the wireless platform for the host 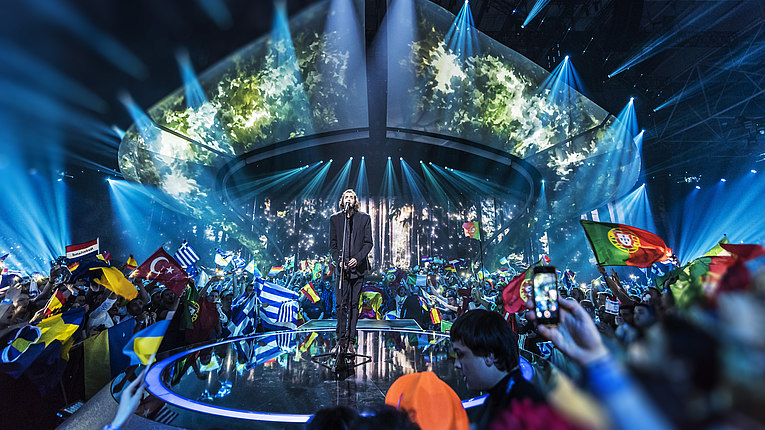 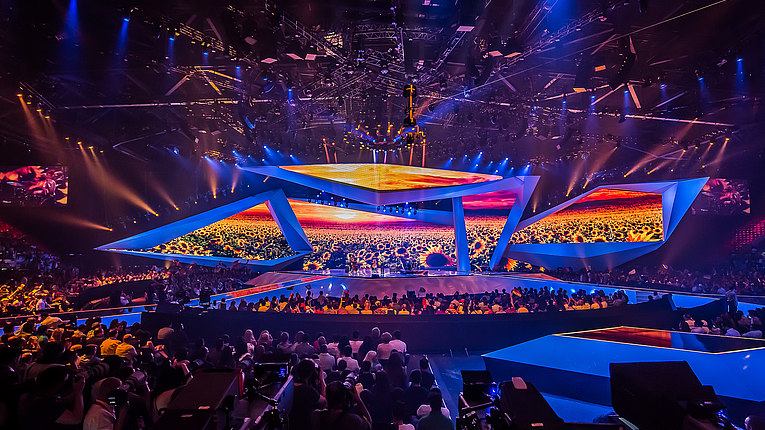 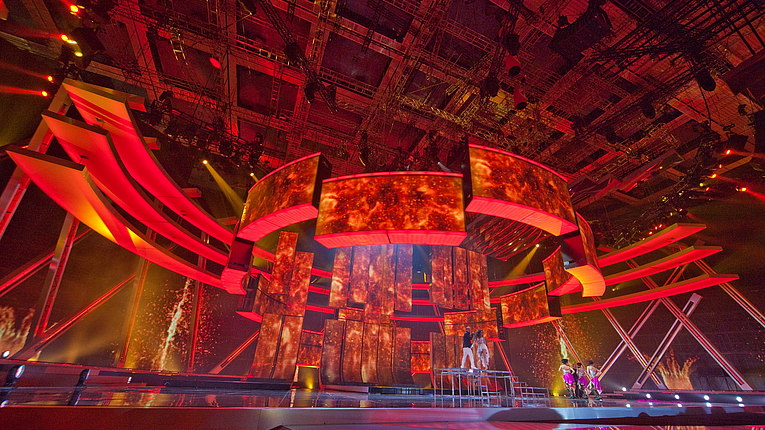 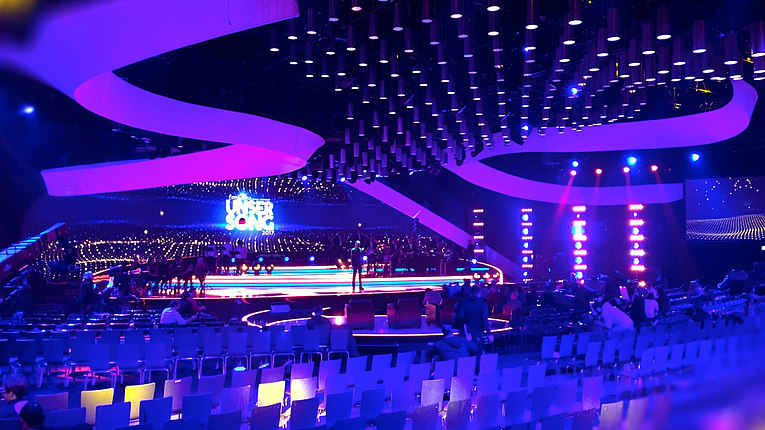