„das aktuelle sportstudio“ is one of the veterans of german television. For more than 50 years, the weekly magazine has been reporting on the world of sports every saturday evening. From august 2017, viewers can now experience the show in a new look.

The new design of the studio was realized by Atelier Markgraph from Frankfurt and the Munich agency Alpenblick (On-Air-Design).

Eye-catchers of the new studio concept are rectangular, video-playable LED modules that move through the studio like a circularly arranged swarm of lights, reminiscent of a typical stadium motif: swaying scarves in the fan curve. By showing appropriate structures, club colours or crests on these media areas, the individual focal points of the program are emotionally supported.

In the new look of the studio also cherished trademarks are integrated. Thus, the goal wall shines in duel by integrated sensors and LED technology in the appropriate light.

Also cherished classics of the „das aktuelle sportstudio“ were integrated into the new design concept and re-staged using state-of-the-art, flexible technology. Such as the goal wall shooting, which is a multimedia duel through sensors and integrated LED lines. In addition, the modular set of moderation tables and pedestals allows a quick change of different situations.

In total, more than 3000 LED tiles C25 MK2.6 from Schnick-Schnack-Systems were installed in the "swarm elements". The stairs and edges of the studio backlight more than 2500 LED strips B25.

Depending on the application in the studio, power and control of the LED components are provided by 125 DPB Pixel-Router Pro, 20 Sys Ones, 36 Intelligences C20, 100 Big Intellis XLR and 14 Pixel-Gates Plus. 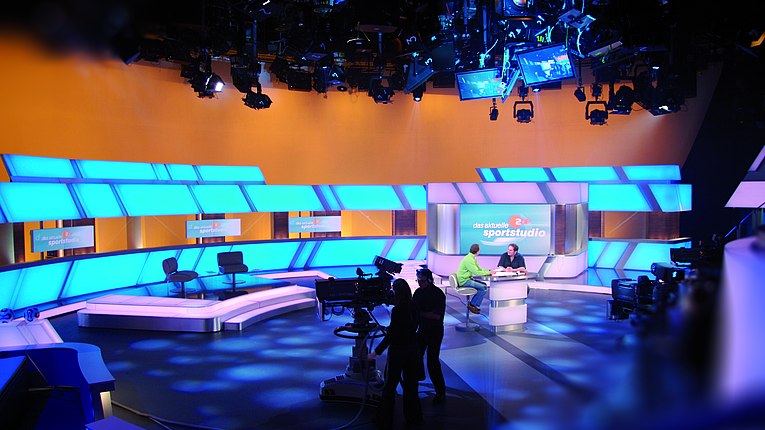 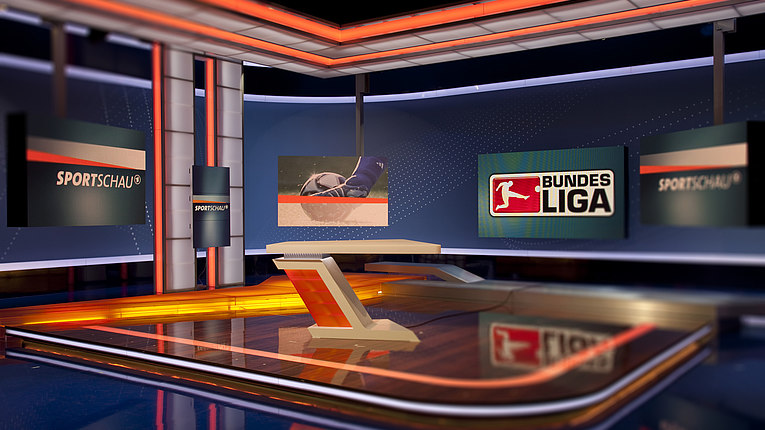 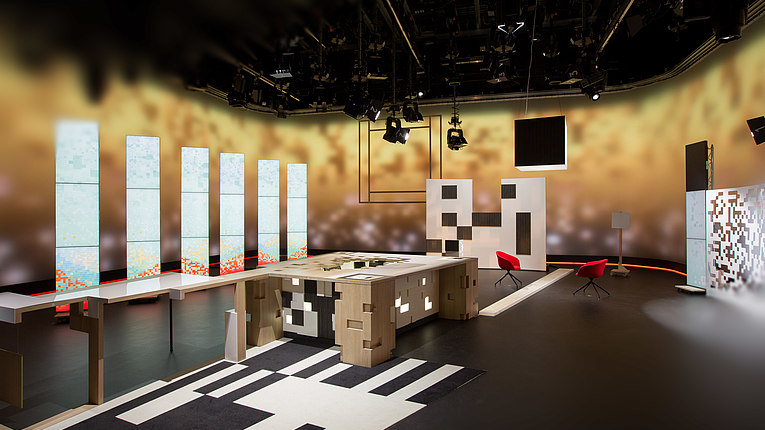 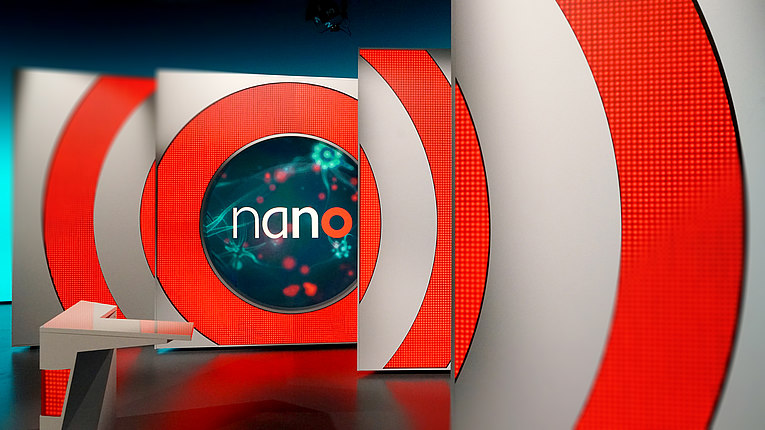 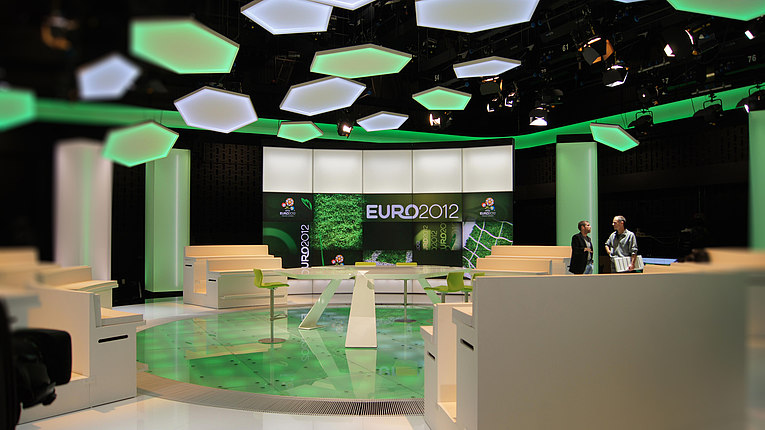 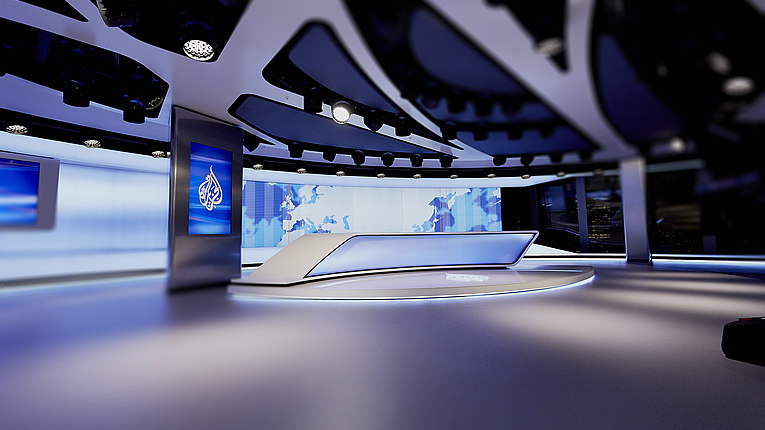 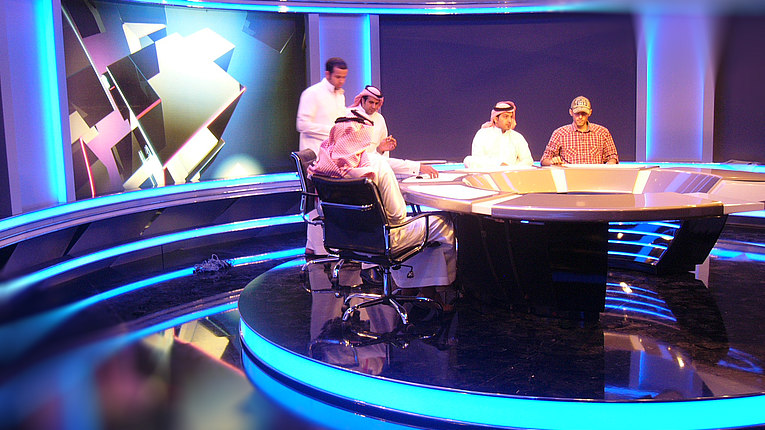